Definition of Natural Language Processing (NLP) and Its Applications 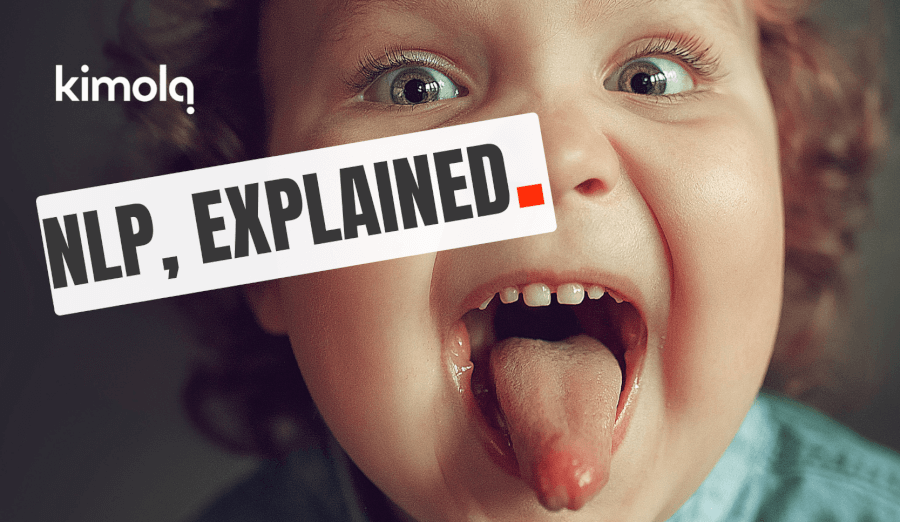 Natural Language Processing (NLP) is a concept that has entered our lives as a result of the joint studies conducted in the development of Artificial Intelligence and linguistics. In the most general terms, NLP is a subfield of linguistics, computer science, and artificial intelligence, as it deals with interactions between computers and human language, and specifically how computers are programmed to process and analyze large volumes of natural language data.

Although nlp practitioners benefit from natural language processing in many areas of our everyday lives today, we do not even realize how much it makes life easier. Let's take a closer look at what makes NLP so important.

Purpose and Brief History of the Natural Language Processing Technology

The advancement of science and technology has led to the development of Artificial Intelligence, enabling machines to think and make decisions just like humans. Natural Language Processing, a branch of Artificial Intelligence, makes it possible for a computer and a human to communicate in natural languages, which are languages ​​spoken by humans. NLP aims to not only enable human-computer interactions via natural languages and text analysis but also to facilitate and enrich human interactions.

Even though it is perceived as a recent application, NLP technology has its roots going back to the 1600s. The foundations of NLP technology were theorized by René Descartes and Gottfried Wilhelm Leibniz, who proposed codes that could relate words between languages. However, nearly three centuries of technological advances had to be made for viable examples of natural language processing to emerge.

The Georgetown - IBM experiment carried out in 1954 is the first significant breakthrough in the field of NLP research. As the first of its kind, this experiment involved the automatic translation of more than sixty Russian phrases by computers. After this initial example, NLP technology has rapidly progressed to take its current form and continues to develop continuously today.

So, How Is Natural Language Processing (NLP)Applied?

Human language is full of ambiguities, which make it incredibly difficult to write software that accurately determines the intended meaning of unstructured text or audio data: synonyms, homophones, sarcasm, idioms, metaphors, grammar and usage exceptions, and differences in sentence structure. These are just a few of the challenges of natural language that take a long time to learn. Therefore, some NLP tasks break down natural language text and audio data in ways that help computers understand it.

Kimola’s backbone comprises developments in NLP research for our products, which are dedicated to analyzing and categorizing customer feedbacks and revealing customer insights. A significant part of the everyday work of the technical team is filled with developments that adapt to the specific idiosyncrasies of each language. Various text analysis methodologies are used across the text analysis software to analyze unstructured data. Text analysis techniques such as topic modeling, text summarization are applied to reveal actionable insights from text data. If you're a marketing professional, research geek, dataholic, or a member of a customer experience team that has no coding skills, Kimola Cognitive might be the right solution for you. To have more detailed information about common NLP applications and how Kimola benefits from NLP technology, you can check out "Uses and Benefits of Natural Language Processing."

Below is a list of some of the most common tasks in NLP, which we also utilize in Kimola. While some of these tasks have direct real-world applications, others serve as subtasks that are more commonly used to help solve larger tasks.

OCR is the transfer of images representing a printed text to the computer environment.

Speech Recognition allows computers to recognize spoken language and convert it to text. In natural speech, there are almost no pauses between consecutive words; thus, speech segmentation is a subtask of speech recognition. In most spoken languages, the sounds representing consecutive letters are mixed together in a process called coarticulation, so converting these sounds into individual characters can be an arduous process. Also, given that words in the same language are spoken differently by people with different accents, speech recognition must be able to distinguish a wide variety of inputs that are identical in terms of their textual equivalents.

Tokenization can be defined as breaking a sentence into smaller components like meaningful little units, symbols, words, and phrases.

Lemmatization examines words morphologically. For example, "they will come" consists of the third person plural of the verb “to come” in the future tense. Here the initial unconjugated form of the word is called a lemma, and in this example, “to come” is a lemma. Lemmatization algorithms need a dictionary to work.

Morphological Segmentation is the process of separating words into individual morphemes and determining their classifications. The difficulty of this task largely depends on the complexity of the morphology (i.e., the structure of words) of the language under consideration. English has a fairly simple morphology; therefore, it is often possible to completely ignore this task and model all possible forms of a word (e.g., open, opens, opened, opening) as separate words. However, such an approach is impossible in agglutinative languages like Turkish, in which the conjugations are added onto a word, so each word has thousands of possible forms.

Part-of-Speech (POS) Tagging determines how a word is used in a sentence. The process is simply the process of labeling whichever class a word belongs to, such as noun, verb, adjective, or conjunction. For instance, the same word can be used as both a noun and a verb as in these two sentences: “The cook is talented” and “Let’s cook the pasta.” While we immediately understand the differences between the two usages, a misunderstanding in a computer system will lead to confusion.

Stemming is the process of reducing inflected words to a basic form (stem). Let's think of three words: handle, handed, and handheld. The computer recognizes the root of all three as "hand." Stemming produces similar results as lemmatization, but it does so based on rules, not a dictionary.

We mentioned language is full of ambiguities. Syntactic ambiguity is one of them. It is not always easy to understand what the words in the sentence mean according to the order. Here, the parsing process comes into play, and the relationships between words are analyzed.

Semantic analysis focuses on finding the meaning of the text. First, it examines the significance of each word and then looks at the combination of words and what they mean in context. Semantic analysis has some subtasks. The most important of these is the process of determining and categorizing the entities in the texts by computers—this process is also known as Named Entity Recognition (NER). Thanks to NER, entities are divided into predefined categories according to their meanings. These categories can refer to people, places, time, or other necessary assets.

Discourse Analysis works on multiple sentences. It evaluates words and sentences in the context in which they are used and examines their written or oral discourses consisting of more than one sentence. This process reveals the connections and relationships between sentences. Let’s look at it with an example: “Jessica told her mother that her purse was stolen. So, they went to the police.” Since it is unclear who exactly the pronouns “she” and “they” refer to, these sentence can be interpreted differently when they are out of context.

Similarly, some colloquial expressions can cause problems at this stage. For example, when trying to ask someone what time it is, one might say, “Do you have the time?” While this is technically a “yes” or “no” question, in everyday conversations, it is actually asking the time at present.

In pragmatics, knowing what a word means in each field is essential since the same word can have different meanings in different areas of study. The terminological or idiomatic meanings of the words must be known in order to come up with a correct analysis result. For instance, if the word “break” in the phrase “breaking news” is taken literally, it may lead to some confusion.

Ultimately, it is necessary to eliminate all the ambiguities that natural language has. Thus, the computer learns the context of the speech and text by examining the word root, the sequence of words, the meaning of the sentence, and the discourse separately to extract meaning.

Although natural language processing has touched almost every aspect of our lives today, consumer research cannot take full advantage of this technology.The reason for this lies in the communication sector's use of human/artificial(?) resources for areas more important than technology. Fortunately, this is where Kimola's Cognitive product comes into play.

You can sign up for free to try Kimola Cognitive, where you use NLP to create your own machine learning model and gain meaningful insights about your consumers.

At Kimola, we are dedicated to understand texts to reveal insights. If you're looking for the definition of text analysis and its'...

Use Cases and Benefits of Natural Language Processing (NLP)

Read how NLP is used for and the benefits of NLP in our latest article.

Definition of Natural Language Processing (NLP) and Its Applications

Read our latest article on what is natural language processing (NLP) and how it's used via todays technology.

Analyze and classify consumer reviews -or any text data- automatically.