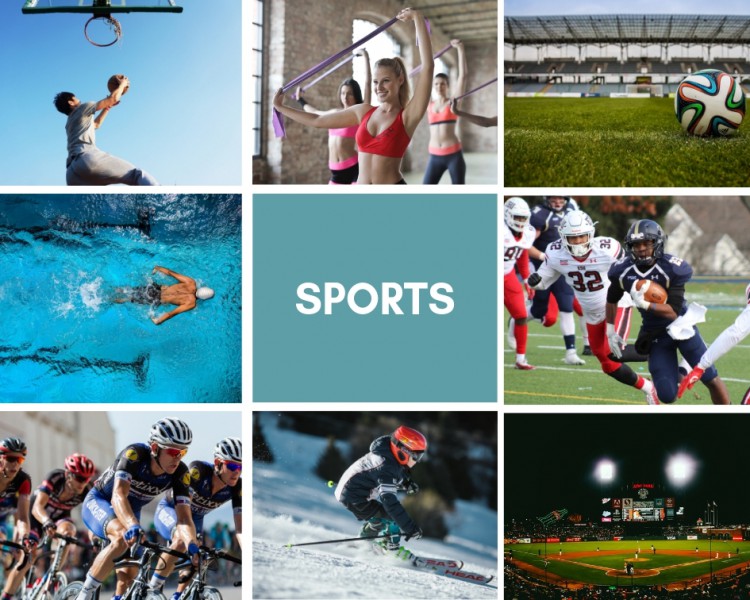 An activity involving physical exertion and skill in which an individual or team competes against another or others for entertainment.

Champions aren’t made in gyms. Champions are made from something they have deep inside them. A desire, a dream, a vision. - Muhammad Ali

Even if your brand doesn’t have a concrete affiliation to any sport, you should pay attention to how digital consumers engage with sports, because 85% of internet users say they regularly watch at least one branch of sports online or on TV. This means that no matter who your target audience is if they are also internet users -duh!- they are probably into sports and are engaging online content related to sports.

If you know about and analyze the latest global consumer trends in sports, you can use this insight to build a better communication strategy for your brand. So let’s take a closer look into these trends.

Globally, 90% of men claim that they are interested in sports. This figure is 79%, still very high when it comes to women. When we analyze the data based on regions like APAC (Asia-Pacific), Europe, Latin America, North America and MEA (the Middle East & African), we see that the figure is never below 65%. When it comes to Latin America, no less than 90% of people say that they watch at least one sport. What's fascinating about Latin America is that there is a near 50/50 split between men and women when it comes to watching sport. This ratio is 53-47 in Northern America, 56-44 in Europe, 58-42 in APAC, and 61-39 in MEA, all in favor of men.

When we analyze global sports viewing by age, we see that 16-34 age group leads in all regions: 43% in North America, 42% in Europe, a fascinating 64% in APAC, 58% in Latin America, and 62% in MEA. So for most regions, the target audience is a young man. However, young women are not out of the equation at all. Especially in Latin America.

Soccer is on Top, Except North America

When it comes to sports viewing, soccer dominates globally. Aside from North America, it holds the top spot in each region, with a global popularity rate of 56%. Swimming follows soccer globally, with 31%. Basketball (29%), tennis (24%), and cycling (23%) are also inside the top-5. In North America, though, the most popular sport is American Football, followed by baseball and basketball. 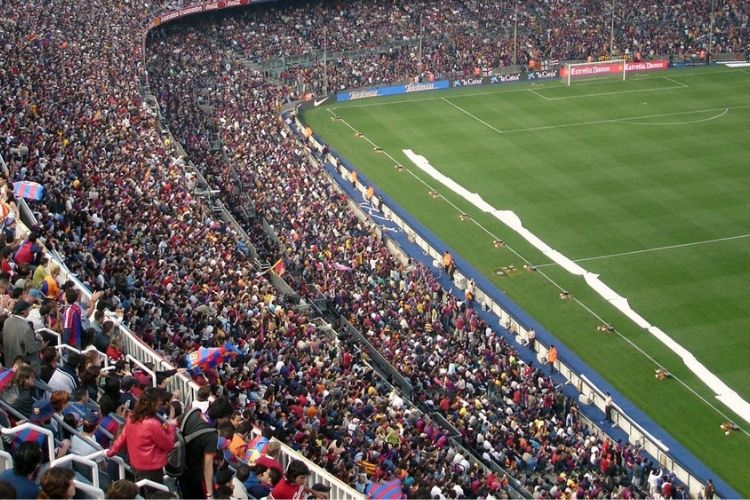 The placement of sports in North America is echoed in the US, where American Football has a popularity rate of 51%, followed by baseball (38%), and basketball (35%). The interesting thing is though, the popularity rate of soccer is getting higher every year. In 2018 it reached 31% to become the 4th most popular sport in the country. Of course, this was before US Women’s National Soccer Team won the World Cup this year, and made the sports even more popular.

The latest global trend in sports is women's soccer. It's not just because the World Cup has just been played -it's being played every four years since 1991- but because how it became another symbol of women's fight for equality. This year, women’s legitimate call for equal pay is heard much more clearly than before. Mainly because these calls came from the most famous figures of the sports, like Ada Hegerberg, one of the best strikers in the world who refused to play in the World Cup because the Norwegian Federation doesn't pay men's and women's teams equally. 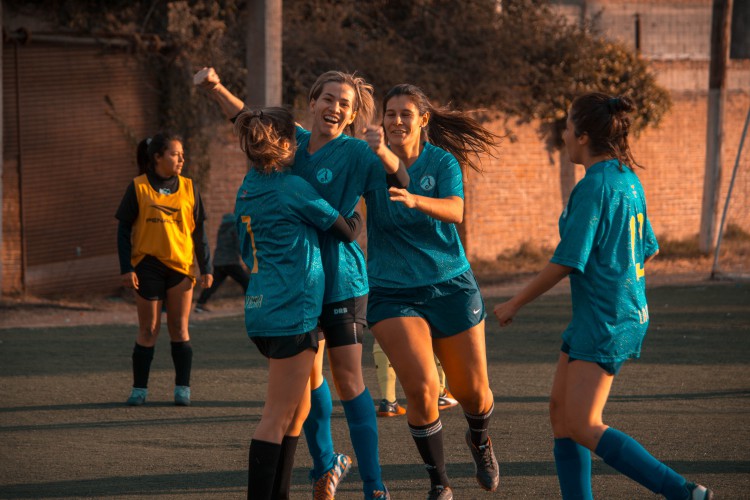 The researches show us that the new generation cares a lot about equality. There was massive support for women's cause for equal pay, especially on social media. And of course, this was not overlooked by companies. A lot of them started to sponsor women’s teams and leagues, and many of them showed their support for equal pay. The Spanish giants Real Madrid has also founded a women’s team. The debate is still very hot in the US, especially after the team’s win in the World Cup, which tells us that we’ll see more and more companies sponsoring women’s soccer in the near future.

When we analyze the popularity of the sports leagues and competitions, we see that the Olympics (both Summer and Winter) and the FIFA World Cup are the biggest rivals. FIFA World Cup is the most popular sports in all regions except North America, where the Summer Olympics has a popularity rate of 42%, and Winter Olympics 39%. Summer Olympics is the second most popular competition in Europe, in APAC, and Latin America. This explains why almost every brand is spending a lot of money for PR during the Olympics and World Cup. 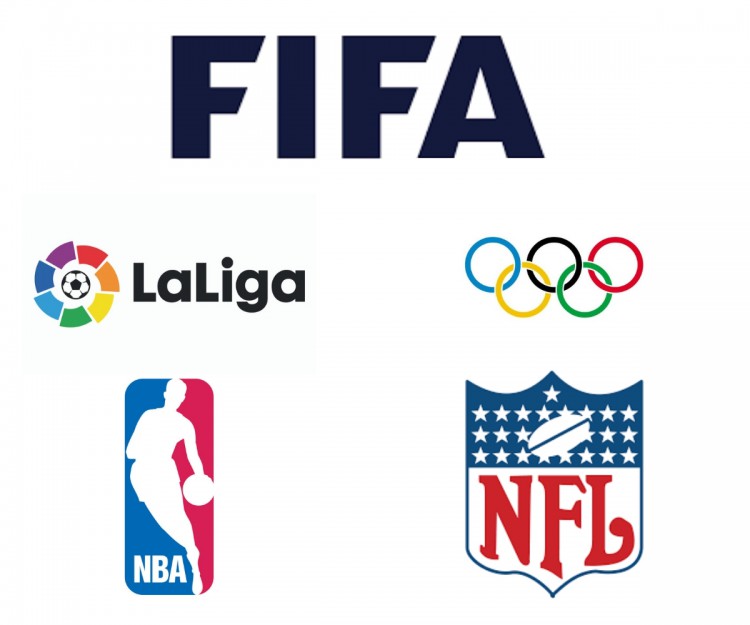 On the other hand, if your target audience is based in the US, you shouldn’t overlook the NFL, since it is the second most popular league in North America with 41%. However, even though the NFL is still more popular than the NBA amongst Americans, especially ones between the age of 14 and 24, the difference is gradually decreasing. So, it wouldn’t be illogical to choose the NBA over NFL when building a communication strategy, especially since the NBA is globally followed, where the NFL is not popular at all outside of North America.

Another interesting data is about La Liga, Spanish soccer league. According to the league’s research, 80% of Americans who are interested in soccer are interested in La Liga, mostly thanks to the Hispanic population in the country. This is why La Liga started a 15-year joint venture with US-based media group Relevant. They are even planning to bring an official La Liga game to the US soil. Since La Liga is already very popular in Europe, APAC, and Latin America, this new cooperation will further make it a favorable brand to take into consideration when building marketing strategies.

In today’s digital world where almost every content can be reached on-demand, live sport is still one of the rare types of content which viewers will make an appointment to watch, even though they are not obligated to. Younger people choose to watch the games online, where older audience still sticks with the TV. 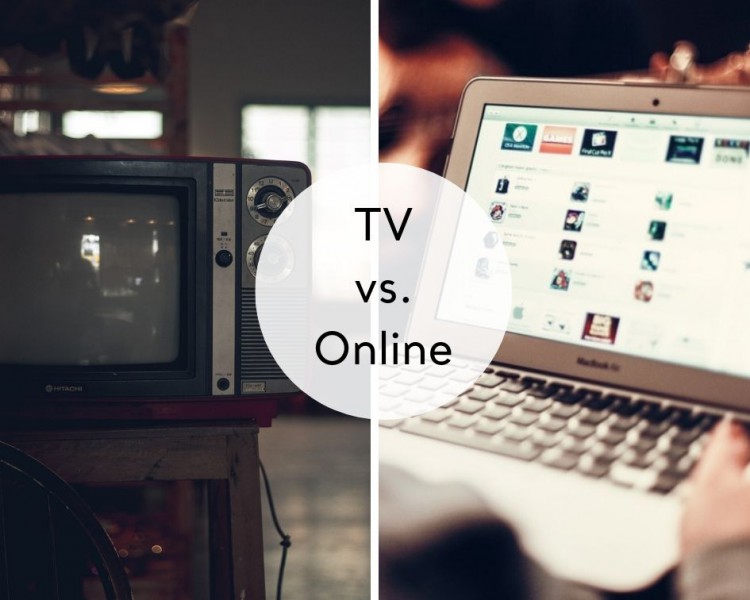 The research shows that while watching the game on TV or a computer, viewers tend to use another screen to read and post comments about the game. This is why having wise social media campaigns with relatively low budgets on social media during the games is a considerable alternative to advertising on the broadcaster channel, which would cost a massive amount of money.

The audience for sports trend is from 26 July to 5 August, and the top 10 trends so far are:

2019 Ashes Series is the most related term that brings England on the top of the list for the Sports Trends.

Manchester United transfer window seems very dynamic on the last week of the closing date. Paulo Dybala and Romelo Lukaku are the stars for the transfer.

Arsenal makes the most expensive purchase in the club history with signing Nicolas Pepe.

Liverpool trio Virgil van Dijk, Sadio Mane, and Mohamed Salah and Tottenham's Harry Kane are in the running for the men's prize in the Best Fifa Football Awards.

Same as England, Australia has the 2019 Ashes Series as the most related term.

As mentioned in the England and Australias description, 2019 Ashes Series is a buzz for the last days.

Real Madrid coach, Zinedine Zidane is having a dispute with Gareth Bale, and also the previous friendlies performance puts Real Madrid on the popular list for the last week.

Juventus is negotiating with Manchester United for Paulo Dybala.

The results show the dominance of soccer as a sport on trends. It comes as a result of the summer transfer window which was opened on 16 of May and it will close on 8 of August. Predictably, on the closing week of the transfer window, the dynamic of the player transfer will generate a big buzz around the internet. Another reason for the soccer buzz is club friendlies, which are being played before the season as a "warm-up." The second trend from the list shown above is, 2019 Ashes Series, which is a series of Cricket Tasting matches between England and Australia. The third trend is the Tour de France 2019, which was held between 6 July-28 July and the results are commented during the last week.

Trends is a feature of Kimola’s Social Research Platform which uses entity extraction technology to show the popular concepts on a specific subject. It allows you to see what is popular in your brand’s field.

To use Kimola Trends, you first create a "trend list” by adding the magazines you read, the influencers you follow and add it to the system. Kimola’s technology continuously tracks the news, articles, and other contents created related to your trend list and compares the results. If the same keyword keeps showing up on multiple sources, that keyword rises in the list. In short, entity extraction technology is used to give scores to the keywords to determine how trending they are. When you click on the titles, you’ll also see the related terms to that title.

If you’re interested in global consumer trends in sports, Kimola Trends may help you. To know more about Kimola Trends and the ways you can benefit from it, you can always reach us via Contact Sales Page, or you can book a call via Calendly.