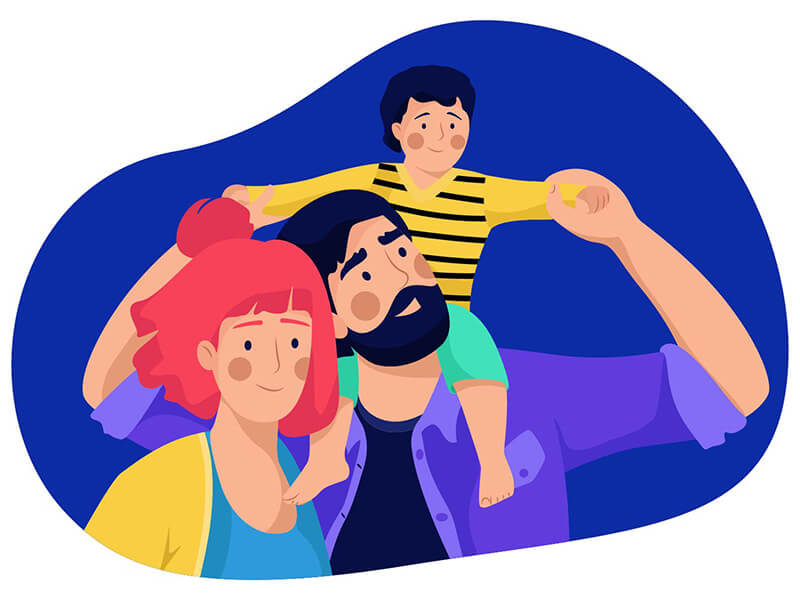 As a place of “sharing”, social media plays a major role in setting ideals, goals to whatever we would like to achieve today. Whether it is “how can I do Kim Kardashian make up” or “how can I be a better manager” or “how can I develop my son’s motor skills better”. When it comes to interests, social media has a tremendous range that naturally forms groups, audiences that gather around their common ground. Today, we would like to analyze one of those groups, people who are parents or parents to be.

What we understand from being a good parent has changed drastically over the years. The concept of “modern parents” has developed as a result of both genders being the bread earners of the household and people’s desire to be more conscious about how they raise their kids. Today, modern parents like to share their experiences with their kids on social media and learn from other parents.

Let’s look at their lifestyle in a nutshell; what do they like, what do they care, what gets on their nerves, and what gets their motivation going. Parents or Parents to Be audience is composed of 10.000 users who have shown interest in parenting accounts and blogs on social media. We have examined their behaviors from the last quarter for this analysis.

What we understand from this demographic distribution is that females show interest in being a conscious parent from early age (whether they are a parent or planning to be) compared to males since males of this group are older.

When all interests considered, Parents or Parents to Be audience display a curious, sensitive and intellectual profile.

Both genders of this audience show a strong interest in being informed with parenting blogs, journals and events. They care about being a conscious parent and try to advance their game. This audience reads and reacts towards health and animal rights issues as well, which tell us that overall, they have a caring nature. They also have an active business life where they specifically follow the news from Economics & Finance and Entrepreneurship worlds.

Another common ground of both genders is Science and Technology. This audience deeply cares about scientific developments and try to be on the radar as much as possible. When all interests considered, Parents or Parents to Be audience display a curious, sensitive and intellectual profile.

When we look at the females’ interests alone, we see that Parenting is at the top, however, Magazine World and Fashion take quite an important place (top second and third) as well. While having a busy home and business life, these women can keep up with the latest fashion trends and sparkles of the celebrity world. However, it is also important to realize that their interest in the Magazine World shaped mostly around the news from feminist actions like #MeToo. Accordingly, we observe many intellectual hobbies in this group that brands can benefit from. For example, these women watch human-oriented Documentaries, read Literature, and show interest in Photography. All in all, we can say that when targeting the women part of this audience, one should play on “the double life” of these women are having; both feminine and intellectual.

While males share some of these specific interests with females (Documentary, Literature), we see that they are focusing more on Science, Sports (especially Football, Basketball and Running), Technology and Gaming. Especially the 18–24 of aged males are watching E-sport matches and spend quite a time playing computer games. Which one might conclude that the strong side to play on when targeting the males of this group should be a mixture of technology, science and sports.

TV tendencies of Parents or Parents to Be audience reveal their strict schedule. They are interested in News, Talk Shows and Comedy programs the most, which tell us that they are closely following the politic agenda and when they do have time for pleasure, they would like to spend it to cheer up. As we observe from their engaged contents with Today and Good Morning America, the audience have a strong interest in the Trump governance. They are closely following the developments and try to participate as much. However, we also see that they have reacted to the news about Lincoln Memorial confrontation, where high school students were confronted with Native Americans on a negative basis. In addition, they were also showing sympathy to a New Jersey high school wrestler who he had to cut his hair to enter a competition. Their reaction towards these issues refers to their compassionate nature and how the stories about children — especially high school students — get into their radar. In the last quarter, they have most actively engaged with TV shows on Wednesdays and Fridays, their most preferred hours were after kids’ bedtime; 21:00–00:00 and 03:00–06:00.

When it comes to the radios, we see they were not much interested in engaging with them. Only 9% of the audience has shown an interest in radios and their most active day was Monday. This result tells us that, as for the media buying goes, radios are not very effective means for reaching this audience. 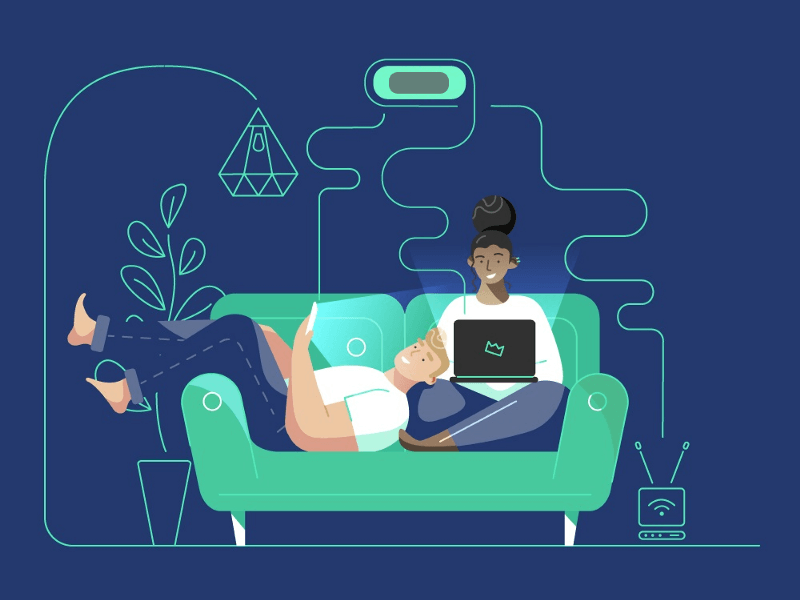 Parents of Parents to Be audience’s brand tendencies — despite their lack of time due to being a parent — reveal how much of their time is spent on the internet.

They are watching YouTube videos, stream movies from Netflix, shop online via Amazon and Target, play on Xbox and PlayStation, they read articles from Medium and so on… All in all, they are displaying a modern and tech-savvy profile who spend quite a long time on the internet.

Furthermore, it is important to emphasize males and females interest divisions’ in their brand interactions. While their motivation differs, both genders enjoy engaging with Textile and Clothing brands like Marc Jacobs, Burberry and Victoria’s Secret.

However, in the detailed picture, females are more into Cosmetic and E-Commerce brands while males dominantly prefer to be in touch with Information & Communication and Electronic Items sectors. Brands like Starbucks, Amazon, Target, Whole Foods Market become more important for females. Plays Station, Xbox, Nintendo, Medium, Lululemon, on the other hand, shine in the males’ list.

Parents or Parents to Be audience loves engaging with celebrities, 85% of them have been following and/or engaging with Musicians, Actors, Business Personalities and so on. Their interest in talk shows reflects itself in this feature as well, since we see they have engaged with many presenters like Ellen DeGeneres (with 32%, their favorite in all celebrities!), Jimmy Fallon and Stephen Colbert.

When it comes to influencers, we observe a relatively balanced distribution between their desire to keep up both with business and private life. The audience’s favorite category of influencers is parenting influencers who project their life as parents and try to be guided throughout the users’ parenting process. Vera Sweeney, a parenting influencer who combines her lifestyle and cooking in her blog, takes the top in the influencer tendencies. Additionally, names like Scarlet Paolicchi, Liz Gumbinner and Armin Brott dominate the parenting list. Most of the contents that Parents or Parents to Be audience is engaging with are about parenting advices/events, domestic tips, and shared/celebrated experiences.

On the other side of the medallion, we see that the audience is actively engaging with Internet Personalities like Lauren Riihimaki, Andrea Russet and Eva Gutowski. Many of the most engaging contents of these influencers consist of humorous shares, which can count as a time out from their stressful daily life routines.

As a result of their interest in business life, we see that advertising and marketing influencers like Cynthia Johns, Larry Kim, Mari Smith are in their radar. They are keeping up with the news about the marketing world, and they especially care for self-branding and social media insights. On the other hand, it is also observable in their most engaging contents that, Parents or Parents to Be audience sometimes need to motivational quotes and inspiration to deal with their overly busy life. Not a piece of cake!

All in all, Parents or Parents to Be audience display a busy life routine where they see learning and developing about parenting is like another job. However, most of these people are white collars, and they need to keep up with business life as well. Balancing private and business life seems to be their ultimate challenge. They are dealing with domestic responsibilities, try to be better at their full-time jobs, and manage to have some fun. At least time to time!😊