Why is it essential to analyze Google Play Store reviews? 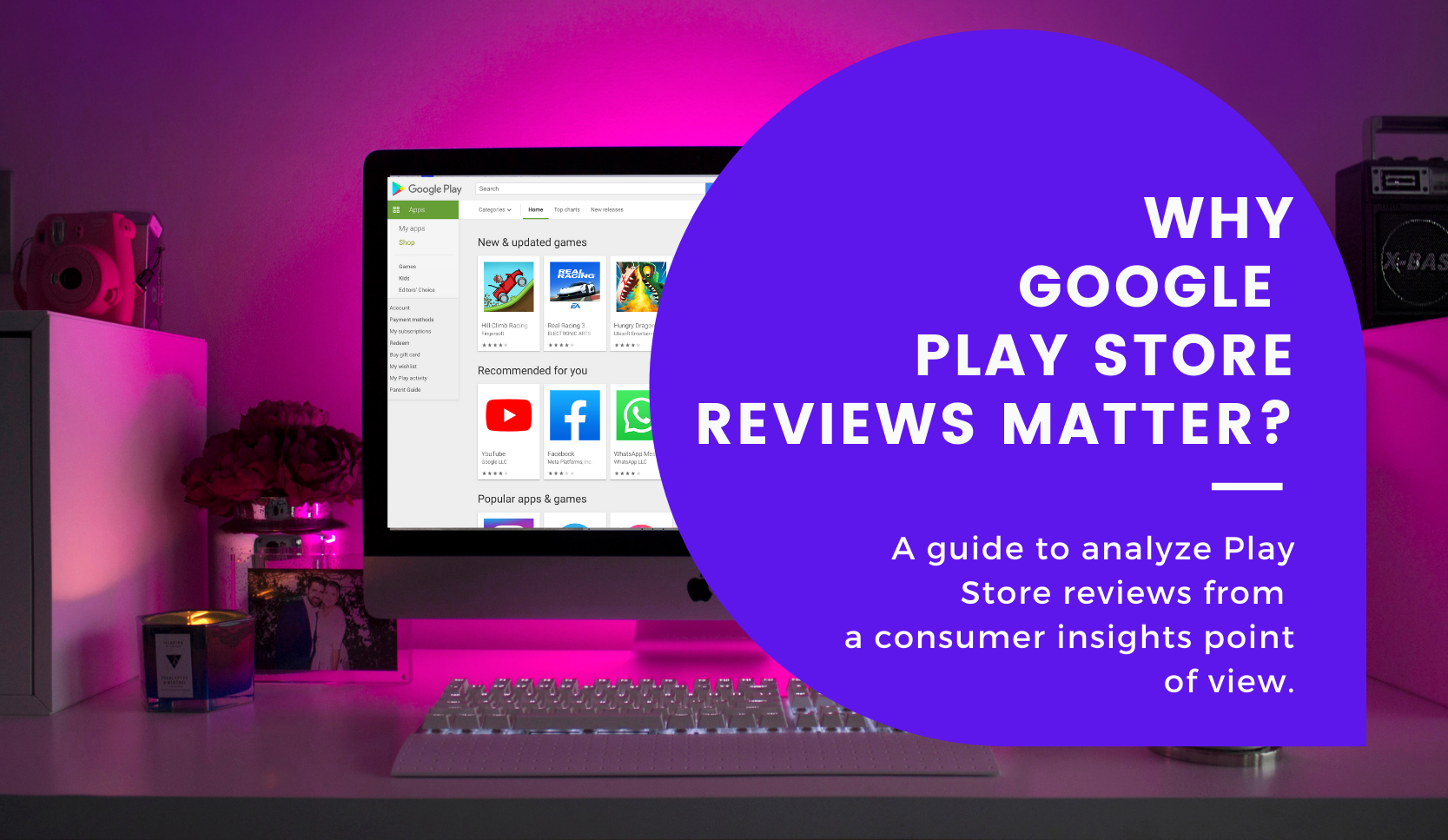 We spend more time on our phone than the person we love.

In such a century that screens are getting smaller and smaller to be carried around, smartphones are the devices we interact with more than televisions or personal computers. According to the latest research, the average user picks up their phone fifty-eight times a day, while 5% of them use their phone for more than 10 minutes.

Smartphone users spend an average of 3 hours and 15 minutes a day just looking at their phones. Especially after COVID-19, there has been a nearly 100% increase in the screen time of people under the age of 18.

One of the only things that make a smartphone "smart" is mobile apps that you can download from stores. Millions of mobile applications that try to look attractive to users through different motivations are located in that small device you carry in your pocket.

What is Google Play Store?

Here is a quick look of Google Play Store on web:

Why does Google Play Store matter?

Due to the application scoring system, mobile application developers can get feedback directly from the end-consumer about the bugs, various problems that people encounter as a result of the updates they make, and they can directly communicate with the users themselves. Creating a shopping list, playing games, taking lecture notes, texting your friends, taking photos, editing videos, browsing social media and reading newspapers, so on... Users report every error they experience in these applications, which they use for many different purposes, no matter how small or big the problem is. While they mention the things they like as well as the features they hate, they also inform about the technical bugs they have noticed. If you have a mobile application in the Google Play Store, you can directly interact with the users who comment on your application through Google Play Console and have more detailed information about the problems that occur. In addition, you can track some demographic information and usage statistics about your users and the devices they use on the same console.

What are Google Play Store reviews useful for?

Diving into reviews and discovering users' opinions helps you develop your mobile app according to the user's request and the goals you aim to achieve. The mobile game industry has been overgrowing in recent years. Mobile games cover 13% (446,836) of all apps on the Google Play Store in 2022. As an example from this data, let's say you are developing a mobile game.

How can you use user reviews in this process?

From another perspective, if we consider that you are developing an e-commerce application instead of a mobile application, seeing the most-mentioned issues, general problems while making in-app purchases, problems with product lists, the issues that may cause some bad user experiences. You can have all this kind of information by exploring the data at the earliest. The feedback received directly from the application's target audience will enable you to reach the material and moral goals you have set for your application as quickly and safely as possible.

Google, which has reached $260 billion annual revenue in 2021, is included in all Android devices as the biggest application marketplace with more than 3.3 million applications compared to its competitors. Thus, with 2.8 billion active users of Android OS, Google Play Store creates a sense of trust as a brand that dominates 75% of the market. Don’t you want to gain a reliable place in this market? If yes, you can develop your applications by analysing user reviews in Google Play Store and then, create a path for your application through consumer insights.

If you are planning to develop a mobile application or working on a research project to understand the needs and motivation of mobile users, you will need to analyze Google Play Store reviews. Considering the number of user reviews that you can collect from Google Play Store, it is wise to take the advantage of NLP technologies that are available for everyone to automatically analyze and classify this data.

Kimola provides a no-code Machine Learning platform specifically designed for marketing and research professionals. The platform, Kimola Cognitive, enables researchers to either use a pre-built machine learning model or create their own to automatically classify a dataset simply by uploading an Excel file. There is a 7-day free trial option and plans that grow with your needs. Click the banner below to sign up and start using Kimola Cognitive!

Why is it critical to analyze Capterra reviews for SaaS companies?

We have explained the importance of Capterra for SaaS companies from a consumer insights point of view.

Why is it essential to analyze Google Play Store reviews?

How to generate an NLP dataset from any internet source?

A guide for scraping data from any internet source for natural language processing.

Automatically analyze and classify consumer feedbacks for any size of qualitative research.