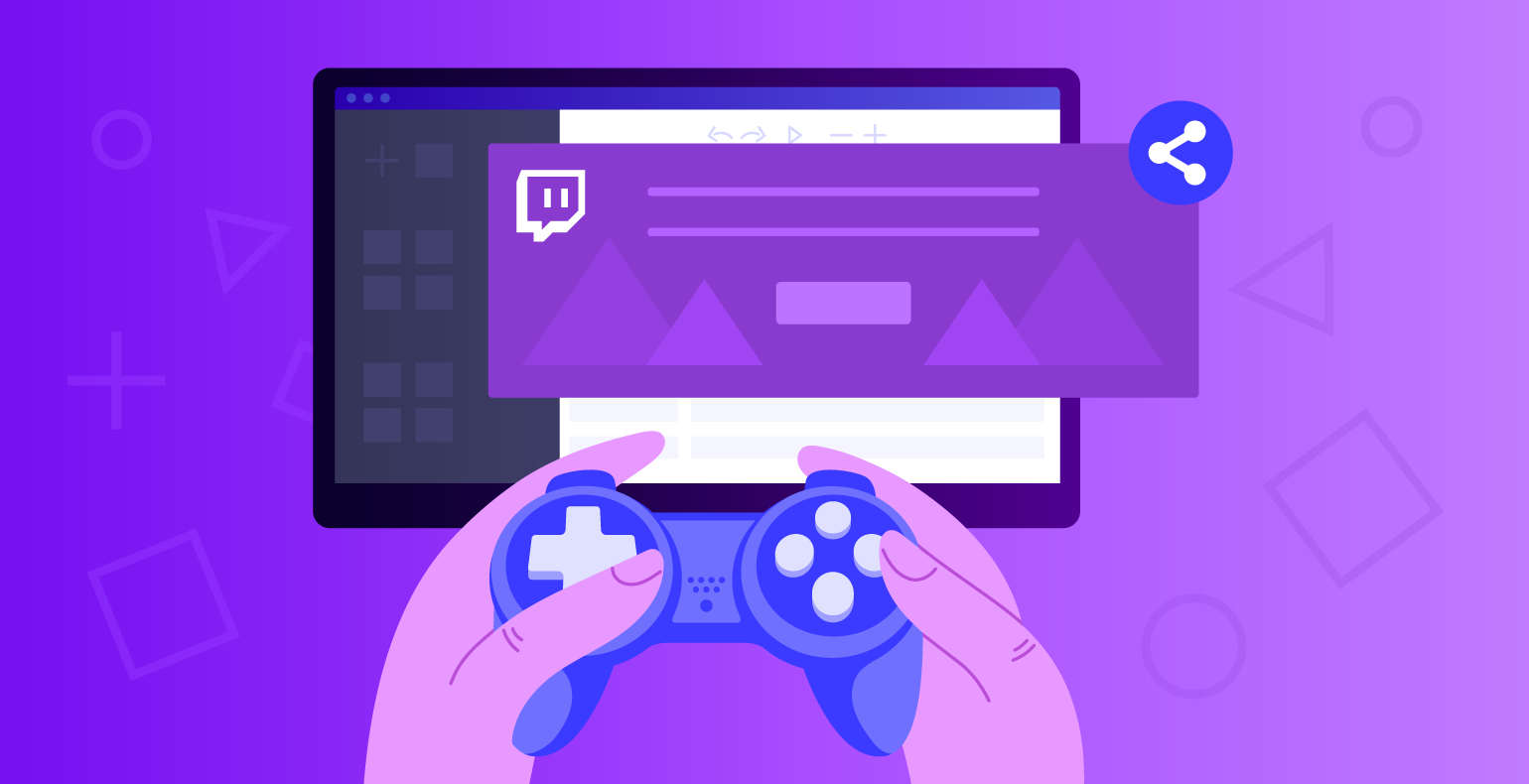 Twitch is a platform. Switch it on, and you'll find thousands of channels of pure gameplay rolling around with people talking in the background. Dig a little deeper, and you'll also find people talking on camera, with sets built like an actual talk show, and schedules of events posted at the bottom of the web page. - Rob Manuel

Twitch.tv was founded in 2011 by Justin Kan and Emmett Shear as a spin-off of Justin.tv. It has grown continuously since then. Today, it has become a massive community with more than 15 million daily active users, and close to 3.9 million monthly streamers. Its users spend 3 hours per day on the platform. The most popular on the platform, Ninja, owned by Richard Tyler, has more than 14 million followers.

The platform is especially prominent in the eSports world. People choose Twitch.tv to watch online tournaments, talk shows about the gaming world, and solo gaming sessions of millions of streamers. Their most popular streamers are now considered to be internet celebrities, with millions of fans, and many sponsorships.

This all means that Twitch.tv is a platform that you shouldn’t rule out when preparing your online marketing strategy. Let’s dig deeper to give you more ideas about the platform, and its target audience, by using Kimola’s data on Twitch audience composed of 10.000 users who have engaged with, and/or followed Twitch.tv accounts. We have examined their behaviors from the last month for this analysis.

Not surprisingly, the biggest interest of Twitch audience is gaming with a huge ratio of 91%. They are mostly into computer games and eSports. Mobile games and game consoles still interest Twitch users but not as much as the two above.

27% of Twitch audience is sports enthusiasts as well. Their favorite sport is football by far. Soccer and basketball complete the top three. Outdoor activities like running and hiking are not very popular amongst them.

24% of them are also into humor. This explains why the streamers who can make their viewers laugh while broadcasting their games are more popular.

When it comes to music, Twitch audience prefers hip hop, pop, and rock with this order. They’re also interested in science, e-shopping, civil society, and technology.

What do they watch?

The TV shows that Twitch audience watches reflect their age group and gender. These young males love Game of Thrones, Stranger Things, Rick and Morty, The Walking Dead, and Doctor Who. This list also makes a lot of sense since they are into sci-fi and humor.

Twitch audience's other favorite platform is one of the most popular video game digital distribution platforms Steam. When online, they spend time on The New York Times, TechCrunch, The Onion, WIRED, Mashable, and The Verge.

As opposed to many other audiences, Twitch audience's brand preference doesn't differ a lot based on gender, since the platform is almost exclusively about gaming and females are nearly as interested in video games as males. The most two popular brands amongst them are game consoles: Xbox, Playstation. Nintendo is also in the top 10. Their favorite game producing companies are Ubisoft, Blizzard, and Epic Games. 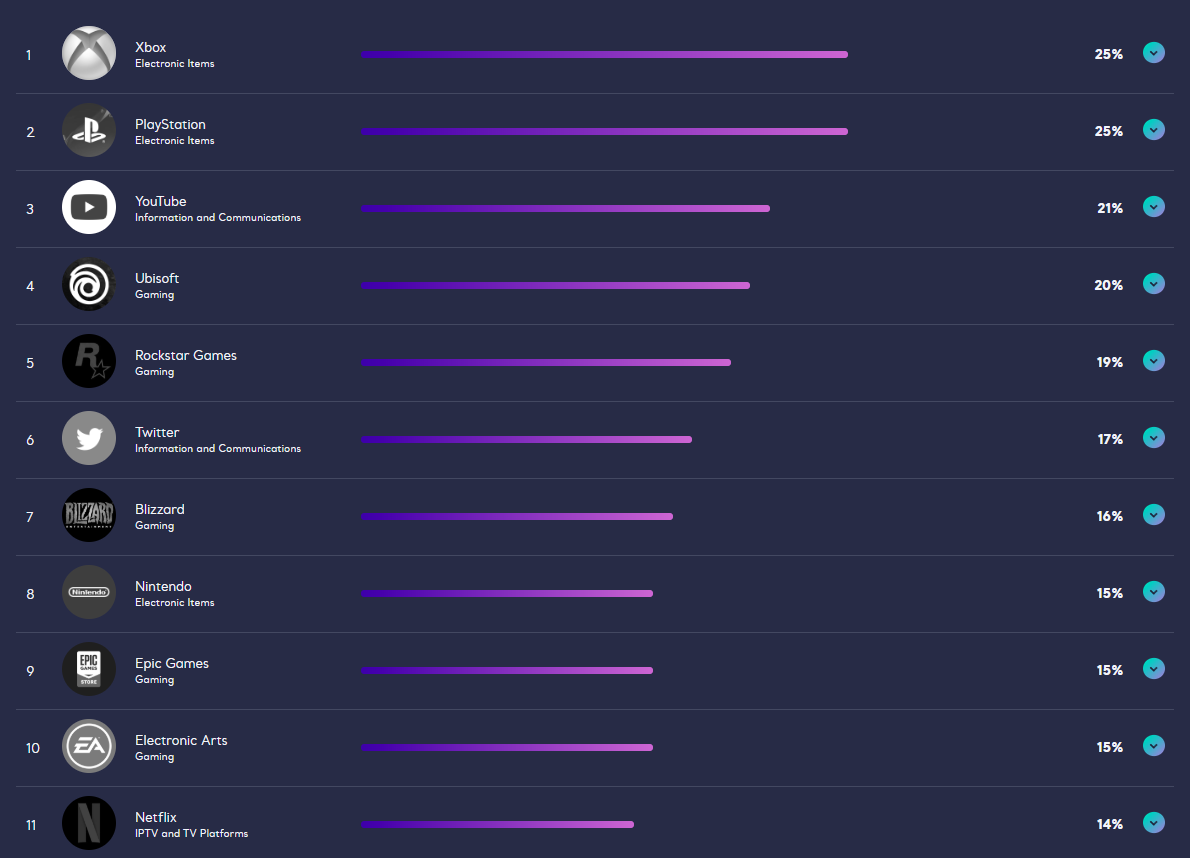 When they are not playing games or following streams on Twitch, they like watching videos on YouTube and Netflix.

Twitch audience loves celebrities of science, gaming, and movie industries. Their favorite personality is Elon Musk, technology entrepreneur, investor, and engineer who founded Tesla. PewDiePie is the most popular gamer amongst them.

Their top three favorite actors are both charismatic and funny in times: Ryan Reynolds, Dwayne Johnson, and Robert Downey Jr. No surprise that two of these actors played Deadpool, and Iron Man, who are both very popular amongst millennials. Another non-surprising name on the list is popular science personality Neil deGrasse.

If you’d like to market to Twitch users, you can profile your target audience as a male millennial who is crazy about games. If you can collaborate with a gamer, that would be awesome. If not, try to place images referring to video games on your ads. “Geeky” references like sci-fi and comics should do wonders as well. No matter what your message is, try to blend it with humor and never be “old-school”.

When relying on Twitch user target audience analysis, it's essential to use the most up-to-date data possible. Kimola’s Social Research Platform can help you with that. We have a cool article that tells you how.

If you still have questions about Kimola’s Social Research Platform, please feel free to ask us. You can always reach us via Contact Sales Page, or you can book a call via Calendly.