Understanding Audiences: An Analysis of Cat and Dog People 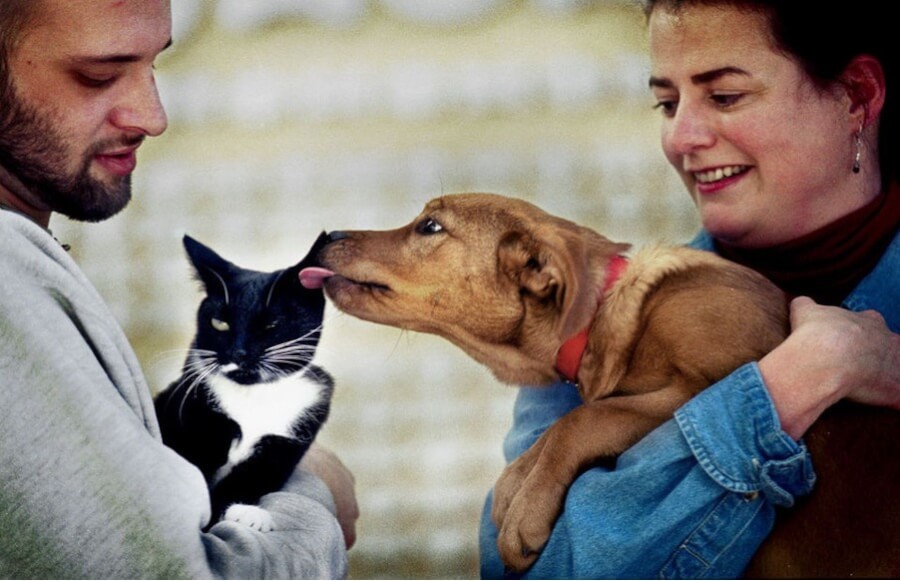 Some people identify as cat people, and some identify as dog people. But how do they really vary in certain interests such as preferred tv shows, radio broadcasts and news channels, followed celebrities and influencers, and purchased brands. All these preferences give a glimpse into the behavior of individuals which can be targeted by marketers when creating online/offline marketing strategies. Accordingly, with this research Kimola aims to identify the similarities and differences between two audiences, namely, cat people audience and dog people audience.

How was the data gathered?

By gathering data from individuals that mentioned their cats and dogs on social media platforms, we gathered one year of worth data for both audiences. We filtered the data and created two target audiences each composed of 1500 individuals. For this research, we conducted a profile analysis from the last months into the behaviour of the two audiences. 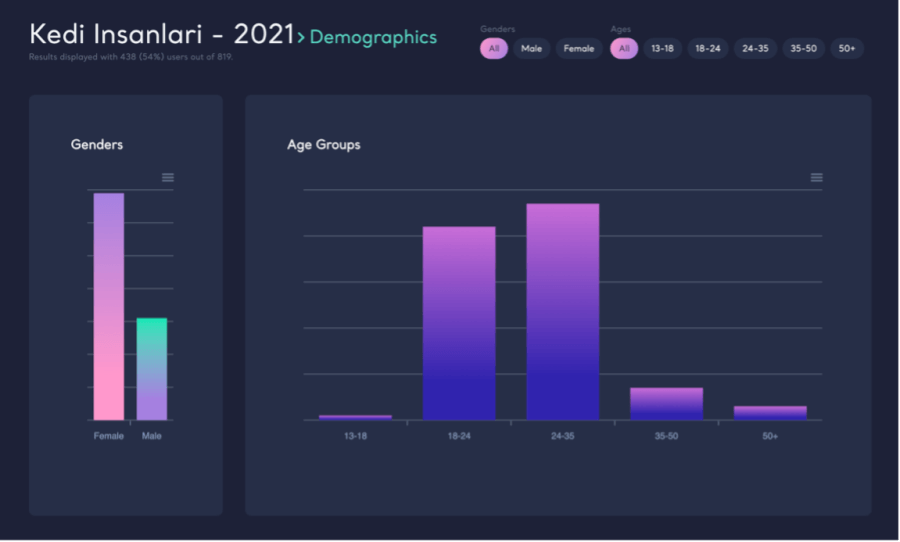 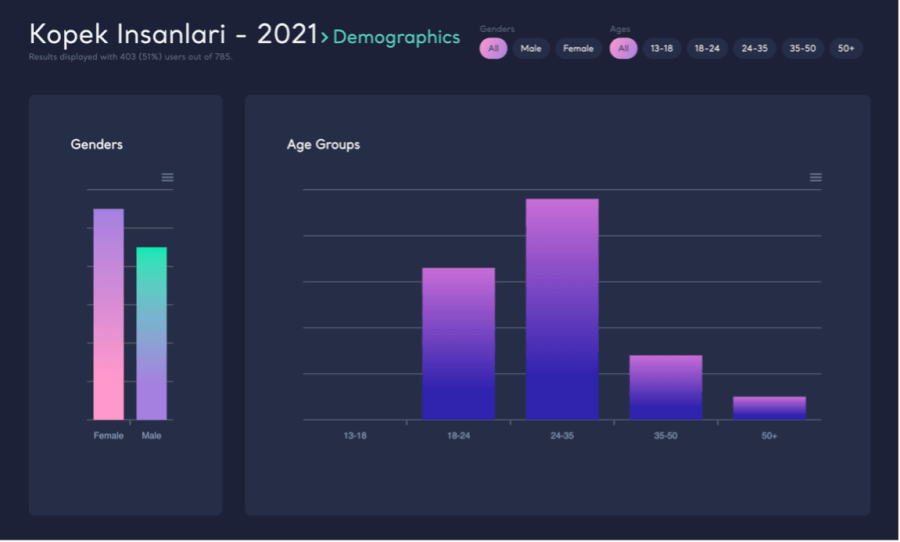 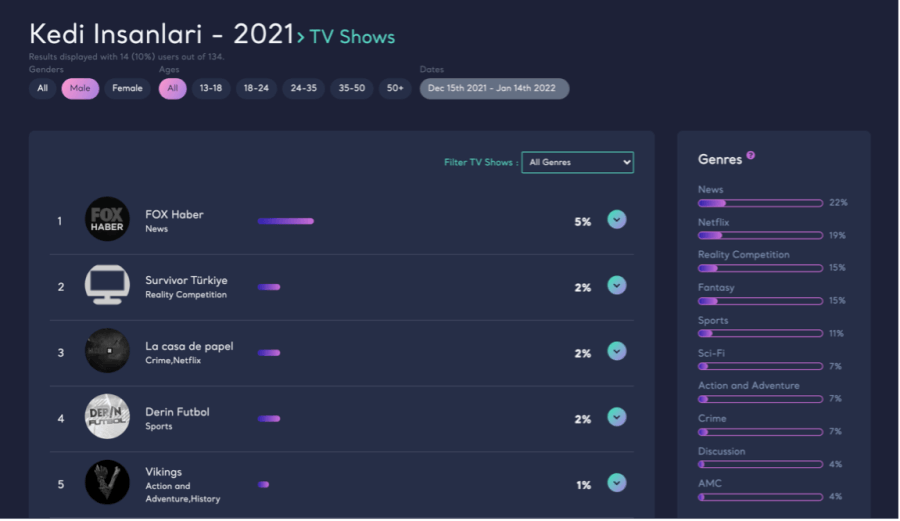 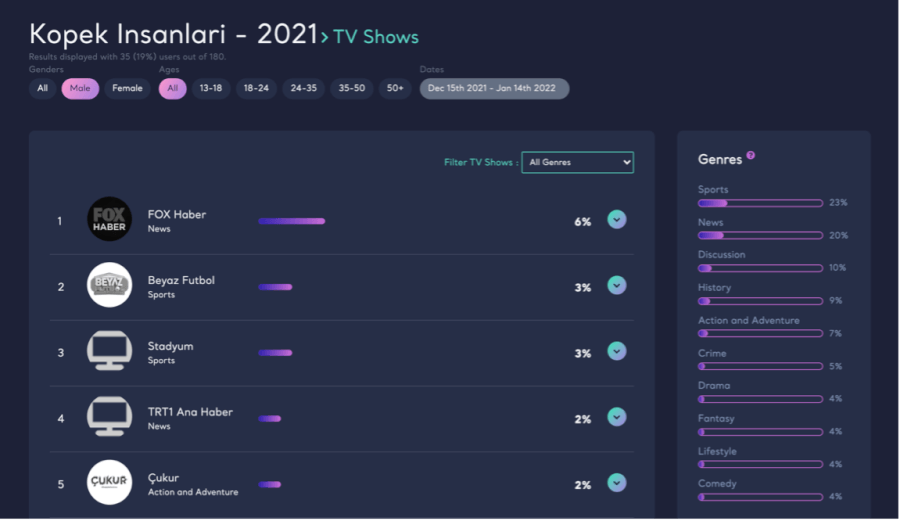 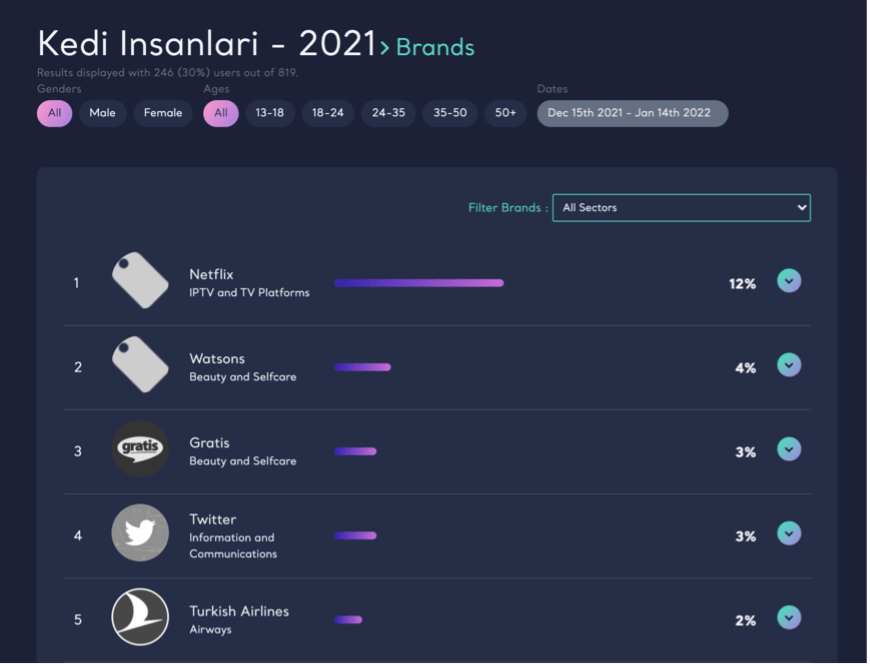 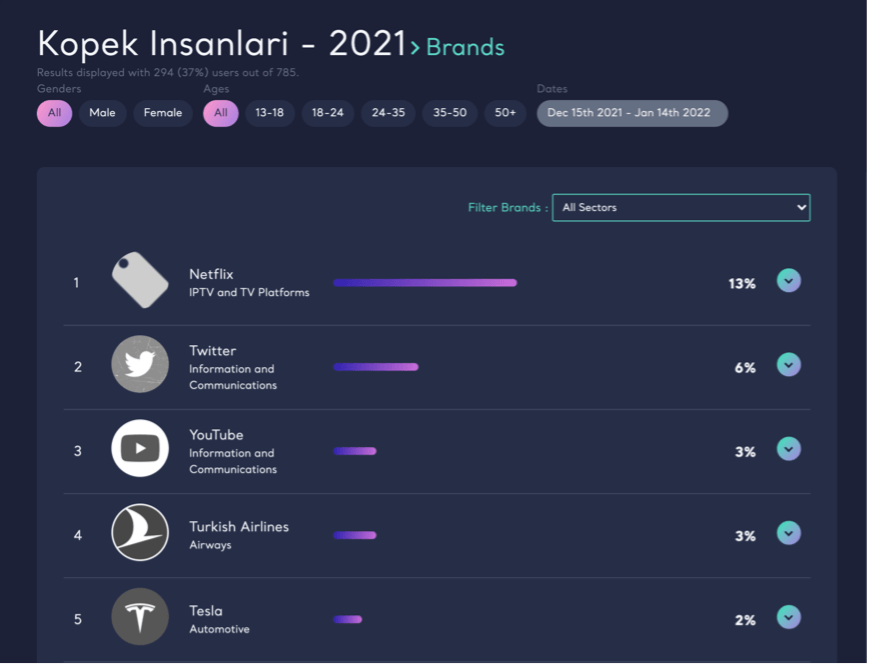 Let’s move on to some hot topics!

Influencers play a huge role in marketing in the current era we live in. From influencing individuals to buy a certain product to act in a certain way, influencers have the potential to affect all individual’s actions and behaviours. According to the data gathered and analyzed by Kimola, cat and dog people, audiences follow influencers mainly from the following three categories: humour, daily buzz, and wise saying. When adjusted for age, cat and dog people audiences aged between 13-50 mostly follow influencers from the humour category such as Aykut Elmas and Berkcan Güven. While dog people aged 50 and above mostly follow Turkish influencer from the daily buzz category, cat people in the same age group stick with the humor category. Therefore, it wouldn’t be wrong to say that old cat people want nothing more than a blast 

Wrap-up of all ideas

If you would like to market to cat owners, you can profile your audience as a young and humorous female who follows the news and is interested in beauty and selfcare brands. If you can collaborate with a foreign actor, that would be amazing. If not, integrating art and culture into advertisements or blending it into events as workshops or activities would be an ideal way to attract the attention of this audience.

On the contrary, if you would like to market to dog owners, profile your audience as a middle-aged humorous male who follows the news, listens to Turkish rap, and is interested in sports. If you can collaborate with a Turkish musician, that would be wonderful. Or else, build your advertisements on sports such as basketball and football. All in all, always be humorous and don’t forget that both of the audiences closely follow the news.